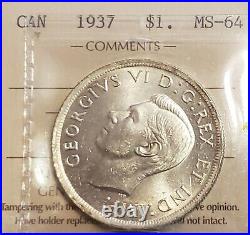 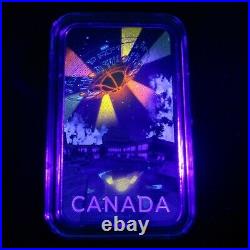 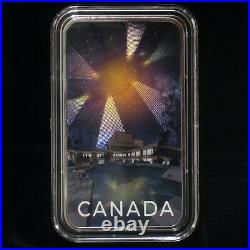 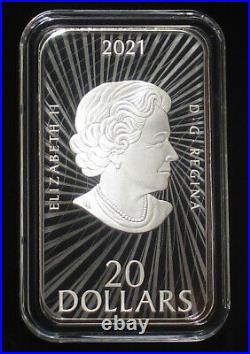 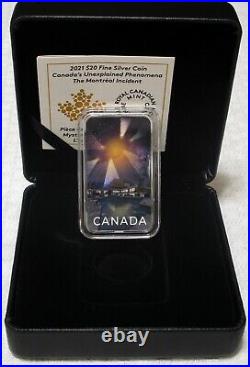 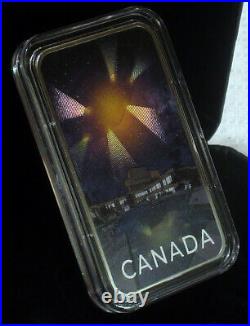 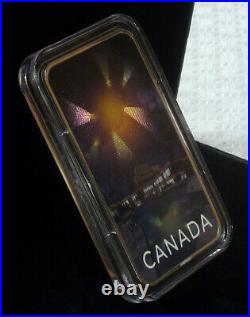 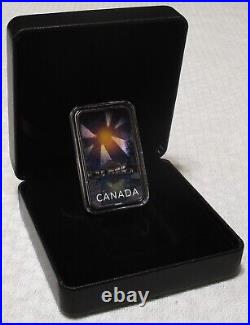 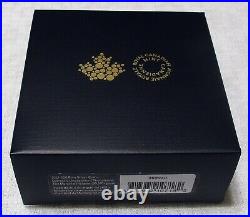 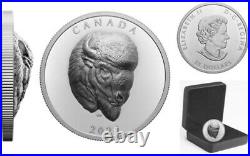 One of our most detailed bison portraits yet – order today! Extraordinarily high relief, extraordinarily detailed! The follow-up to our first Extraordinarily High Relief (EHR) coin minted in a proof finish, this 99.99% pure silver collectible is a sculpted work of art that leaves a lasting impression. Its reverse features a wildlife portrait that rises up from the coin’s mirror-like surface to reach a height of over 6 mm – over four times higher than an Ultra High Relief (UHR) coin of the same diameter! Rendered here in three-dimensional form, the bison’s imposing features instantly command attention – especially against a high-shine finish that illuminates the depth of detail for maximum visual impact. Simply STUNNING, this is the perfect fusion of modern technology and classic Canadiana. Order your EHR coin today! OUR NEWEST EHR COIN WITH A PROOF FINISH! The follow-up to 2020′s. Coin, this wildlife portrait features Extraordinarily High Relief (EHR) engraving that elevates the art to breathtaking effect. OVER 6 MM OF HEIGHT! On your coin’s reverse, the engraved relief soars to a height of over 6 mm! It’s an incredible feat of engineering, especially when you consider that Ultra High Relief coins of the same diameter typically reach only 1.4 mm of height. HIGH RELIEF, HIGH SHINE! The incomparable shine of a mirror-like finish illuminates all the intricately sculpted details that add realism to the art. A LIMITED-EDITION WORK OF ART! Mintage is limited to just 5,000 coins worldwide. A PROUD PORTRAIT OF THE BISON! One of our most intricately detailed portraits of the bison yet! From start to finish, this EHR coin is designed to leave a lasting impression and it’s a fitting tribute to the titan of the Canadian prairies. The Royal Canadian Mint certifies all of its collector coins. On your coin’s reverse, Canadian artist Derek C. Wicks has created a striking three-quarter portrait of a bison that has a solemn expression as it gazes towards the right. Its unique features – the upturned horns, the muscled hump behind the shoulder – and the textural variations of its fur are all accentuated by the extraordinary high relief, which allows for a greater depth of engraved details. The obverse features the effigy of Her Majesty Queen Elizabeth II by Susanna Blunt. The bison’s thick, rugged coat provided the perfect starting point for creating an extraordinarily high relief coin. With its many textural and directional changes, not only was it a welcome challenge to re-create, but it made for a very inspirational end result. Coin designs are traditionally modelled in bas relief, but for this one. I got to model the bison’s head in full 3D, right from the start. I worked with the Engineer and the Product Manager to determine the optimal viewing angle, one that plays up the relief height so that the bison practically pops off the coin. Ultimately, we chose a three-quarter view that, coupled with extraordinarily high relief, best conveys the bison’s enormous size while focusing in on its features. Eric Boyer, 3D Artist/Engraver. The bison is the largest and. Land animal in Canada. A male or bull stands tall at 2 metres high and can weigh more than a tonne! Its hump isn’t composed of fat – it’s all muscle, supported by vertebrae. That hump comes in handy in the winter, when the bison uses its head (and hump) to push snow out of its way. Your coin is encapsulated and presented in a Royal Canadian Mint-branded clamshell with a black beauty box. 99.99% pure silver. Wicks (reverse), Susanna Blunt (obverse). This item is in the category “Coins & Paper Money\Coins: Canada\Commemorative”. The seller is “gatewestcoins” and is located in this country: CA. This item can be shipped to Canada, United States.